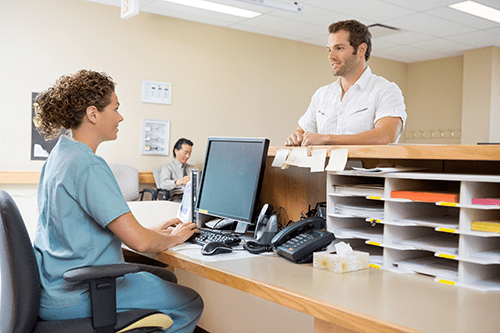 Balloon Sinuplasty for immediate sinus relief is now being performed in the Dallas ENT office.

Balloon Sinuplasty for immediate sinus relief is now being performed in the office. Dr Rajiv Pandit, among the first in the country to perform the procedure - first in the hospital and now in his office. With no need to use general anesthesia, patients can undergo this procedure in the office in about an hour and then drive home. It's that quick, simple and easy.

Phil Schoenborn has suffered from sinus problems for years--and on this day is finally finding relief in the comfort of the doctor's office.

He's undergoing balloon sinuplasty which until last year was performed at a hospital under general anesthesia.

Dr. Rajiv Pandit was among the first in the country to perform the procedure--first in the hospital and now in his office.

"It's thousands of dollars less expensive to have the same procedure done in the office than in a surgery center," Dr. Rajiv said. "Not to mention that you don't have to take as much time off because you haven't had general anesthesia."

Maribel Alanis was among the first to have the in-office procedure last July--her day was like any other day--except for the procedure which takes about an hour-and-a-half.

"That was the big benefit," Maribel recalled. "To be able to drive here that late of an appointment and then be able to go home and still go to work in the morning."

That's because she and Phil underwent local anesthesia for the minimally invasive procedure.

It was so easy for Phil that he actually tweeted between nostrils.

The squeamish can still have the procedure done in a hospital setting under general anesthesia but Phil wonders why?

"The fact that I don't have to stop eating or fasting at a certain point the night before I wake up and be in a hospital gown at like 5:00 in the morning, then knocked out during the procedure taking a few hours and then having to take time off from work," Phil said.

The procedure is so popular Dr. Pandit will soon move to a larger facility.

As with any procedure--it's not for everyone with bleeding a rare side effect.

But for Phil, he and his insurance company can now breathe easier.